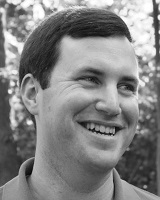 My project develops a constitutivist theory of normativity, on which rules for correct belief and action arise not from the external world, but from the nature of humans engaged in believing and acting. I seek a constitutivism that acknowledges the authority and objectivity of norms in deliberation—the sense in which norms guide our reasoning, and seem to be not entirely up to us. Yet constitutivism must also recognize the diversity of subjective points of view; an agent may only be guided by norms compatible with her standpoint on the world. The great challenge of normative theorizing is to incorporate appropriate subjectivity while maintaining authority. This balancing act is especially important in light of persistent normative disagreement among individuals and cultures, and the need to respect other points of view while retaining what’s valuable about our own.

Michael G. Titelbaum is Associate Professor of Philosophy at UW-Madison.  He received his Ph.D. in Philosophy from the University of California, Berkeley and an A.B. in philosophy from Harvard College.  He has had multiple visiting positions at the Australian National University; at UW-Madison, he has been a Vilas Associate and a Romnes Faculty Fellow.  His first book, Quitting Certainties: A Bayesian Framework Modeling Degrees of Belief, received the Council of Graduate Schools’ Gustave O. Arlt Award for best book in the humanities, and an Honorable Mention for the American Philosophical Association’s Book Prize.  He received the 2013 Sanders Prize in Epistemology for best essay written by a scholar within 15 years of the Ph.D., and has twice (2009 and 2016) been recognized by The Philosopher’s Annual for publishing one of the ten best articles in philosophy in a given year.  His next book, Fundamentals of Bayesian Epistemology, is forthcoming from Oxford University Press.