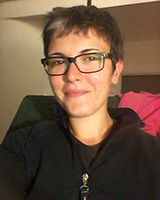 From Noah to King James: Genesis, Genealogy, and the Myth-Making of British Absolutism, 1598-1642

European theories of monarchical absolutism went hand in hand with a genealogical conception of history in which the king could trace his ancestry back to the patriarchs of Genesis via a network of predecessors who were often obscure or mythical. This genealogy with roots in the Garden of Eden had evolved in the middle ages but was still extant during the reign of the early Stuarts (1603-1649), when unusually complex genealogical trees were used to support the claims of the new dynasty to be ‘natural kings’ not only of Scotland and of England but of Britain. My book explores this genealogical conception of kingship, its role in debates on British nationhood, and its reflections in seventeenth-century British historiography, literature and visual culture. I argue that the principles of ‘natural kingship’ theorized by King James VI and I, and translated into verse and onto the stage, rested on views of genealogy as a structure that can be manipulated to define shared origins, ethnic and national identity, and hierarchical preeminence.

Sara Trevisan is Lecturer in Early Modern English Literature at Brunel University London and Leverhulme Early Career Fellow at the University of Warwick starting in May 2016. She has published on early modern literature and culture in journals such as Renaissance Quarterly, Renaissance Studies and The Seventeenth Century. She is particularly interested in European intellectual history, court and civic festivals, literary geography, iconography, theories of monarchical rule and nationhood. She is currently writing a monograph on the use of genealogy as a tool for royal celebration in early Stuart literature and culture, entitled From Noah to King James: Genesis, Genealogy and the Myth-Making of British Absolutism, 1598-1642.