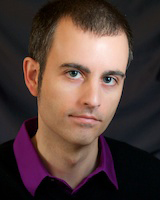 My dissertation evaluates the intellectual career of Fatḥallāh al-Shirwānī, a 15th-century Islamic astronomer, theologian, and teacher whose writings are critical for understanding the transmission of science from Central Asia to Constantinople, and potentially to Europe. Shirwānī’s work addresses three key topics in Islamic science: attempts to reform Ptolemaic astronomy with new models for planetary motion, the rediscovery of Ibn al-Haytham’s revolutionary project in optics, and the status of science in a tradition of religious scholarship. In my analysis of Shirwānī’s oeuvre I challenge previous scholarly assessments of this period as one of sharp decline in the creative character of Islamic scientific thought. In a broader comparative context, my research sheds new light on late medieval Islamic science during the generations of increasing intellectual and cultural exchange between Europe and the Islamic world that preceded the European Renaissance.

Scott Trigg is a Ph.D. candidate in the Joint Ph.D. program in the Departments of History of Science and History at the University of Wisconsin–Madison. His research interests cover the history of science and philosophy in Islamic societies, medieval scientific education and institutions, and the process of transmitting knowledge within and across cultures. His dissertation has been supported by the History of Science department as well as a grant from the Division of International Studies for archival work in Istanbul. Scott was a Fellow at the Center for Arabic Study Abroad at the American University in Cairo, and is also the Coordinator of UW-Madison’s summer APTLII language immersion program. He received a B.A. in mathematics and physics from Lawrence University and Master’s degrees in Mathematics and the History of Science from UW-Madison. He is at work on his dissertation entitled “Astronomy, Optics, and Theology: Fathallah al-Shirwānī’s Commentary on Ṭūsī’s Tadhkira.”