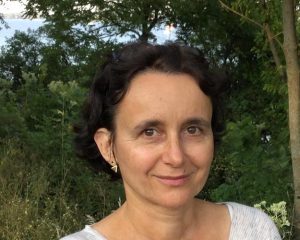 Transfers of Knowledge: Gestalt Psychology and its Repercussions in France

How does knowledge evolve and reconfigure itself when it crosses disciplinary and national boundaries? How do concepts travel from one field of inquiry to another? This book project investigates the diffusion of Gestalt psychology in France, notably in the works of Merleau-Ponty, Lacan, and Bourdieu. Through a close examination of academic curricula, translations, publications, and personal papers, I analyze the impact of this theoretical paradigm and the ways in which the aforementioned thinkers appropriated and transformed the notion of “Gestalt.” This case study sheds light on the cultural transfers between France, Germany, and the US, and on processes of knowledge formation.

Florence Vatan is a Professor in the Department of French and Italian at UW-Madison and an affiliate in the Department of German, Nordic, and Slavic. She received her doctorate in Germanic Studies from the University of the Sorbonne, Paris 3, and her doctorate in French from the University of Chicago. Her research focuses on the dialogues between literature, science, and philosophy in early twentieth-century Austrian and nineteenth-century French literatures and cultures. She has published Robert Musil et la question anthropologique (Presses Universitaires de France, 2000), Robert Musil, Le “virtuose de la distance” (Belin, 2013), as well as numerous essays on Flaubert, Baudelaire, Balzac, Musil, and Canetti. She has co-edited, with Anne Vila, a special issue of L’Esprit créateur on “L’Esprit (dé)réglé: Literature, Science, and The Life of the Mind in France, 1700-1900” (Winter 2016). With Marc Silberman, she has co-edited the collective volume Memory and Post-War Memorials. Confronting the Violence of the Past (Palgrave, 2013).