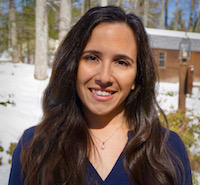 The Unruly Tongue: Speech and Violence in Medieval Italy

What can words do? This project offers a historicizing twist to that question by asking what words could do in medieval Italy. I focus on the northern Italian cities, the nascent self-governing republics that arose in the midst of monarchic and seigniorial rule. The cities branded themselves as beacons of libertas, but dissimilar to the ideals of many modern republics, speech was far from free. I construct a cultural history of speech and its regulation by drawing together medical tracts, pastoral treatises, rhetorical manuals, contemporary literature, statute law, and civic, episcopal, and inquisition trial processes. This diverse source base has suggested that a narrative forefronting clerical or political persecution cannot fully explain medieval regulation of speech. Instead, I argue that the definition and prosecution of speech crimes were part of a larger and developing ethics of speech, one that identified the ability of words themselves to become weapons and that summoned all to guard against their violence. I work to identify the construction, geography, and cultural import of a moral order: the ephemeral and irretrievable yet determinative world of speech.

Melissa Vise is a historian of medieval Europe whose research focuses on religious, cultural, and legal history with an emphasis on the Italian peninsula. Most recently, she was a Visiting Assistant Professor at New York University in the Department of Italian Studies. She was a Presidential Fellow at Northwestern University (2012-14), a Fellow in the Mellon Academy for Advanced Studies of the Renaissance (2013), a Charlotte Newcomb Fellow (2014-15), and a winner of the Medieval Academy of America’s Olivia Remie Constable Award (2017). Her most recent article, “The Women and the Inquisitor: Peace-making in Bologna, 1299” is forthcoming in Speculum, 2018.