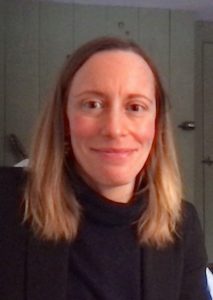 Towards a History of Religious Polemic: The Jewish Law in the New Testament

This book project treats representations of the Jewish law and legal expertise in New Testament literature, arguing that these polemics reflect competition between different types of religious specialists, not conflicts between different philosophies or communities of faith. Critical of parochial distinctions between Jewish legalism and Christian antinomianism, this study conceives of the New Testament texts as evidence of the diverse interests, skills, and pre-occupations of the literate cultural producers that created them and the larger fields of culture on which they struggled. As I argue, representations of law are better situated within various social arenas in which religious experts debated, shared and exchanged ideas and practices, and competed for authority and prestige. On this approach, such polemics reflect the interests of marginal religious specialists who struggled to appropriate the privileges, norms, authority, and coercive force from Jewish experts they conceive of as at the center of cultural legitimacy. This critical reframing explains why early Christian writers show such intense interest in vilifying certain legal experts while at the same time propounding law-like norms and coercive sanctions sometimes explicitly identified as law. As I show, many writings also envision prophetic and legal practices as overlapping or interrelated, not as antithetical kinds of expertise. This especially sheds light on the “revelatory exegesis” we find in some Qumran literature, and the mantic-legal understanding of authority that I identify in the letters of Paul.

Emma Wasserman is Professor of Religion at Rutgers University, New Brunswick, specializing in early Christianity and the religions of the ancient Mediterranean. Her work focuses on setting Christian origins within the social, intellectual, and religious contexts of the ancient Mediterranean and especially on the Christian appropriation of philosophy, apocalypticism and cosmology, and on Jewish and Christian traditions of religious polemic. Her published work treats intellectual discourses about the self, apocalypticism, and polemics about “idolatry.” Wasserman holds a Ph.D. from Yale University in Religious Studies and a B.A. from Brown University. She is the author of The Death of the Soul in Romans 7: Sin, Death, and the Law in Light of Hellenistic Moral Psychology (Mohr Siebeck, 2008) and Apocalypse as Holy War: Divine Politics and Polemics in the Letters of Paul (Yale University Press, 2018).