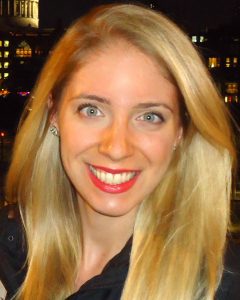 My dissertation explores how art and gardening shaped environmental thought in Victorian Britain. As coal consumption increased throughout the nineteenth century, so did the need to innovate new forms of horticulture that could protect plants from fossil-fuel pollution. Advances in glasshouse engineering subsequently allowed Victorian homeowners to sustain lush indoor gardens in even the smokiest of industrial towns. At the same time, horticultural technology also facilitated the extraction of valuable ornamental plants from Africa, Asia, and other regions of British colonial activity. Working at the crossroads of art history and ecocriticism, my project analyzes how nineteenth-century art brings fresh insights into the environmental and imperial contexts of Victorian houseplant horticulture, which generated new relationships between people and plants across the British Empire.

Lindsay Wells is a scholar of nineteenth-century British art and horticultural history. She is a Ph.D. candidate in the Department of Art History at the University of Wisconsin-Madison, and her research explores how Victorian artists used botanical and horticultural imagery to conceptualize complex relationships between empire and the environment. Lindsay’s articles on nineteenth-century culture have appeared and are forthcoming in Victorian Studies, Victorian Literature and Culture, The Palgrave Encyclopedia of Victorian Women’s Writing, and Environmental History Now. In addition to the IRH, Lindsay has received research support from the Metropolitan Museum of Art, the Huntington Library, the Winterthur Museum, Dumbarton Oaks, and the Oak Spring Garden Library.