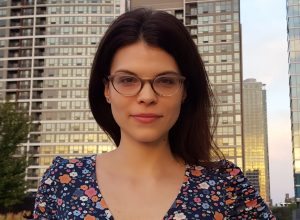 The Labor of Images: Work and Its Discontents in Brazilian Cinema, 1975 to the Present

This project analyzes the relationship between cinema and work in Brazil as a lens into the shifting status and legitimacy of labor on a global scale. In the late 1970s, struggles by metalworkers in greater São Paulo culminated in some of the largest strikes in Latin American history. Demonstrating that organized labor could momentarily paralyze giant multinational corporations, these struggles led to the founding of the Brazilian Workers Party in 1981; they would shape national and hemispheric politics well into the present. They also led to the making of an unprecedented number of films, as filmmakers rushed to witness and shape these new forms of resistance. These fiction, documentary, and hybrid forms ranged from shorts to features, and from commissions by unions to well-funded dramas. While differing in their poetics, they constitute a unique, if overlooked, genre.

As the heroic worker was consolidated in the industrial cycle of the late 1970s, however, an alternative cinema emerged to question the presumed alliance between film and labor. It inquired instead into what is lost when political and moral value is ascribed to work. It registered a São Paulo, and beyond it, a global economy, that ran not only on the hum of factories and the congestion of automobiles but on unproductive dead times of leisure and refusal, questioning the valorization of the industrial wage laborer. The first book to analyze the history and legacy of the relationship between cinema and workers’ movements in contemporary Brazil, this study will also draw on debates in world cinema, labor studies, and political theory, to argue that an analysis of both tendencies — of work and its discontents — uncovers a fraught and mutually constitutive relationship between cinema and labor over the last four decades.

Sarah Ann Wells joined the Department of English at UW-Madison in Fall 2019. A trained comparatist who specializes in Latin American literature and cinema, she publishes and teaches in the fields of modernism and the avant-gardes, science fiction and technology, film and media studies, and the problem of work. Her book Media Laboratories: Late Modernist Literature in South America (Northwestern, FlashPoints, 2017) won the Southern Cone Section of the Latin American Studies Association’s Best Book prize (Humanities category). Her scholarship has appeared or is forthcoming in venues including Modernism/Modernity, The Global South, Luso-Brazilian Review, Revista Iberoamericana, A Contracorriente, and the volumes Cosmopolitan Film Cultures in Latin America (Indiana, 2017) and Comintern Aesthetics (Toronto, 2019). She is also the co-editor of Simultaneous Worlds: Global Science Fiction Cinema (Minnesota, 2015). Current research projects are The Labor of Images: Work and its Discontents in Brazilian Cinema (recipient of an ACLS Fellowship for 2017-2018) and Eros After Surrealism.