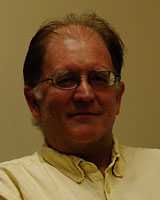 This project focuses on the intersection between liberal, liberation and feminist/womanist theology in African American and Native American political movements in the last half of the 20th century. Beginning with an examination of the relationship between Howard Thurman and Bayard Rustin, the project traces the genealogy of their vision in the African American theological tradition (articulated in material culture and music as well as in preaching and formal theology) and the work of European theologians such as Paul Tillich and Reinhold Neibuhr. Later stages of the project will focus on the relationship between notions of righteousness, fundamental to Black Liberation Theology, and Thurman’s commitment to reconciliation; the relationship between Christianity and indigenous spirituality in the Red Power movement; and feminist/womanist critiques of the political theology of the 1960s and 1970s.

Craig Werner is a literary critic and cultural historian who teaches in the Departments of Afro-American Studies and English and the Integrated Liberal Studies program at the University of Wisconsin-Madison. A member of the Nominating Committee of the Rock and Roll Hall of Fame, he has won numerous teaching prizes including the award for Best Summer School Course from the National Association of Summer School Sessions for “Sites and Sounds of the Freedom Struggle.” His books include Higher Ground: Aretha Franklin, Stevie Wonder, Curtis Mayfield and the Rise & Fall of American Soul; A Change Is Gonna Come: Music, Race & the Soul of America (revised edition); Playing the Changes: From Afro-Modernism to the Jazz Impulse; Gold-bugs and the Power of Blackness: Re-reading Poe; Adrienne Rich: The Poet and Her Critics; and Paradoxical Resolutions: James Joyce and Contemporary American Fiction. He is currently finishing work on Love and Happiness: Eros According to Shakespeare, Dante, Jane Austen, and the Reverend Al Green, in collaboration with Reverend Rhonda Lee; and We Gotta Get Out of This Place: Music in the Experience of Vietnam Veterans, in collaboration with Doug Bradley.