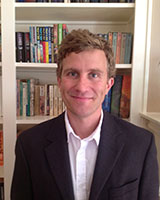 This book investigates the papacy of Innocent IV and the idea of supreme Christian governance during the epoch-making events of the mid-thirteenth century, including the Roman Church’s war with the German ruler, Frederick II, the rise of the Mongols, ongoing crusades and mission to the non-Christian world. It takes Innocent’s conceptualization of the papal office as the starting point for an analysis of critical themes and issues in the development of medieval Europe, including the so-called separation of Church and State, the formation of papal monarchy, the nature of Christian sovereignty, and contests over the purpose of history. By analyzing the papal role in the “international arena” of the thirteenth century, this book will advance our understanding of how medieval Christians navigated the complicated borders between political theories and hard-edged realities, between believers and non-believers, between pragmatic religious imperatives and ambitious spiritual desires to reshape the world.

Brett Whalen is associate professor of history at UNC-Chapel Hill. He works on Christian intellectual and cultural history during the Middle Ages, including apocalyptic thought, the crusades, and church reform. His first book, Dominion of God: Christendom and Apocalypse in the Middle Ages (Cambridge, Mass., 2009), explores the medieval belief that Christianity would spread to every corner of the earth before the end of time. He is also the author of Pilgrimage in the Middle Ages (Toronto, 2011) and The Medieval Papacy (London, 2013).