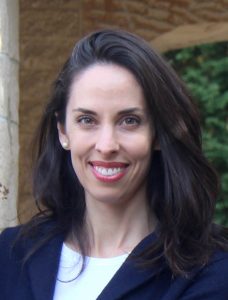 Belonging: An Intimate History of Family and Slavery in Early New England

New England has long been seen as a cradle of liberty in American history, but it was also a cradle of slavery. From the earliest years of colonization, New Englanders bought, traded, and sold people—most of whom were African. Belonging tells New England’s early history from the perspective of these people: the people who belonged to others. It pays particular attention to the contours of their intimate lives. Bondage created family problems for the enslaved: spouses rarely were able to live in the same household; fathers and their offspring routinely were separated by inheritance practices; children could be removed from their mothers at their master’s whim; and people of color had only partial control of their movements through the region, which made more difficult the task of maintaining distant relationships. Belonging asks how these circumstances influenced the kin ties of bound people. In what ways did belonging to owners in early New England prevent the enslaved from belonging to one another?

Belonging does more than lay bare the obstacles to family stability for bound New Englanders; it also explores how people of color responded to these limitations. The book charts Afro-New Englanders’ persistent demands for intimacy throughout the century and a half stretching from New England’s founding to the American Revolution. And it shows how claims that black people put on white people through the decades—for civil marriage, access to spouses, proximity to children, release from bondage—in turn, influenced the region’s law, religion, society, and politics. Ultimately, the book argues that the actions taken by bound Africans to fortify their families played an important role in bringing about the sudden and poorly-understood collapse of slavery in Massachusetts.

Gloria Whiting is E. Gordon Fox Assistant Professor of History at UW-Madison, where she has received numerous teaching awards for her courses on slavery, biography, the American Revolution, colonial North America, and the Atlantic World. She earned her Ph.D. at Harvard University and her B.A. at Rice University. Her work has been published in the Journal of American History, the Journal of the Early Republic, the Journal of Social History, and Common-place. She is currently completing a book titled Belonging: An Intimate History of Family and Slavery in Early New England, which is under contract with the University of Pennsylvania Press.