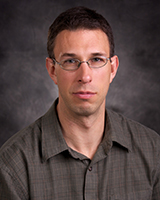 In June of 2013 early monsoon rains of unexpected intensity hit the Himalayas in the Indian state of Uttarakhand. Floods and landslides washed away thousands of lives and decimated the economic landscape of the state. One public face of this disaster has been the near-destruction and ongoing rebuilding of the Hindu sacred place of Kedarnath. I am writing a book that situates what is unfolding in Kedarnath today relative to factors critical for life in the twenty-first century: environmental change, religion, nationalism, development, tourism, local-translocal connections, virtual networks, embodiment, and the perennial human need for orientation in the face of tragedy.

Luke Whitmore received his M.T.S. from Harvard Divinity School in 1999 and his Ph.D. in West and South Asian Religions from the Graduate Division of Religion at Emory University in 2010. He also studied for two years at the Pardes Institute of Jewish Studies in Jerusalem. Broadly, his research and teaching interests include South Asian and Himalayan religions, Shaivism, Judaism, theory and method in religious studies, pilgrimage, myth, visual culture, network theory, phenomenological anthropology, and the study of place and space. His research focuses on the Hindu pilgrimage place of Kedarnath, and the mountainous region of Garhwal (located in the north Indian state of Uttarakhand) in which it is found. He is at work on a book entitled Mountain, Water, Rock, God: Shiva’s Abode of Kedarnath in the Twenty-First Century.