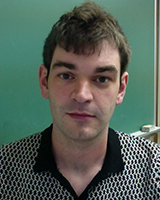 Post-secular Prehistories: An Indigenous Theory of Politics in the Inka Empire

In the Inka Empire, it was not unusual for the state to execute mountains for treason, ply rock outcrops with food and drink to gain their co-operation, or to imagine that rivers had voices through which future events could be divined. The commonly held Andean notion that non-human landscape entities (e.g. mountains, rocks, lakes) could be sentient beings has traditionally been classified as an expression of indigenous religion – and more specifically as a form of “animism.” My research, however, involves a critical reappraisal of the relegation of the manipulation of non-humans to the status of religion, along with the parallel notion that the manipulation of human subjects is basically a socio-economic phenomenon. For example, in the Inka State material exchanges with mountains have typically been considered a “religious” phenomenon and cast under the heading of “mountain worship” by scholars, while exchanges between the Inkas and other humans were seen as primarily “economic” processes involving taxation and tribute. Yet I argue that such separations constitute a projection of modern categories onto the non-modern past. And rather than assume that indigenous states’ divergence from Western theories of politics can be encapsulated under the term religion, I try to understand indigenous polities as operating within quite different, but still very real, logics of power. Thus in the pre-colonial Andes, such “things” as mountains and rocks were actually a form of political subject, rather than the mere objects that secular, Western epistemologies would conceive them to be, and so the Inka State must ultimately be understood as an entity comprised of subjects that were both human and non-human.

Darryl Wilkinson received his Ph.D. in anthropology from Columbia University in 2013. His dissertation research entailed an archaeological study of the Inca occupation of the Amaybamba Valley of southern Peru, focusing on how its landscapes were radically reshaped through their incorporation into a vast indigenous empire. His most recent publication is “The Emperor’s New Body: Ontology, Personhood and the Inka Sovereign,” published in the Cambridge Archaeological Journal in October 2013. At present, he is working on a book project that seeks to redraw our accounts of how power worked in the Inca State, taking seriously indigenous understandings of politics, rather than subordinating them to classical Western theories of the state and the subject.