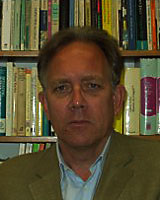 Al-Hind: The Making of the Indo-Islamic World

The aim of this multi-volume work is to provide a new understanding of the origin and development of the Indo-Islamic world — an area broadly coterminous with South and Southeast Asia and known as al-Hind to the Arab geographers. Three volumes have so far been published, together covering the medieval centuries. Two more volumes, dealing with the early modern centuries, are currently in preparation. The work as a whole gives special attention to the dynamic role of nomadic (as well as post-nomadic), seafaring and other mobile populations in long-term processes of political, societal and religious/intellectual change among the settled agrarian and weakly urbanized populations of the river plains. It argues that over time such mobile populations from the margins of the settled habitats have been the most important agents of modernization in this area. Thus, denouncing the view that early modernity was confined to Europe and necessarily had urban origins, the possibility of alternative paths to early modernity is raised. The expectation is that the results of this research will be a contribution to a much broader effort to arrive at a more adequate understanding of the great transformation of the modern world that is currently under way.

André Wink is Professor of History at the University of Wisconsin-Madison. He obtained his PhD in Indian history from the University of Leiden. Apart from Indian and Islamic history, his teaching and research interests also include medieval and modern world history. His most recent work includes Akbar (Oxford, 2009), two essays for the forthcoming Harvard New History of the World and Oxford Handbook of World History, as well as a history of the Afghans forthcoming in a special issue of Cracow Indological Studies (2009).