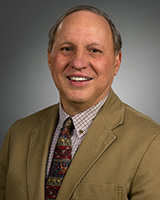 Needlepoint Narratives: An Oral History of Women Garment Workers and the ILGWU in Pennsylvania

The work for Needlepoint Narratives will involve, first, the editing of excerpts from a collection of over 50 oral history interviews with workers (mainly women) employed in the garment industry of the Wyoming Valley of Northeastern Pennsylvania betrween 1944 and 2000. The interviews have been collected, transcribed, and digitized and constitute a specific collection within the larger the Northeastern Pennsylvania Oral and Life History Project, which Prof. Wolensky directs. The second component of the selecting, and working with technicians to improve, from among the dozens of newly-found images on the union’s social and political activities as well as it’s inspiring and dynamic leader, Min Matheson. The volume will serve as a companion to Prof. Wolensky’s earlier co-authored work, Fighting for the Union Label: The Woman’s Garment Industry and the ILGWU in Pennsylvania (Penn State Press, 2002).

A Professor Emeritus of Sociology at the University of Wisconsin-Stevens Point, Professor Wolensky is also currently serving as Acting Director of the Center for the Small City at the same university. His research and publications have focused on the history and culture of northeastern Pennsylvania, and he has authored or co-authored books on the Tripocal Storm Agnes flood of 1972 (1995); the Knox Mine Disaster of 1959 (1999 & 1995), the ladies garment workers’ industry between 1944 and 2000 (2002), the Avondale Mine Disaster of 1869 (2008), and labor conflict in coal mining between 1897 and 1959 (2013). He is also the director of the Northeastern Pennsylvania Oral and Life History Project. He has been appointed fellow or visiting professor at UW-Madison, the University of Wisconsin-Milwaukee, the London School of Economics, Wilkes University, and the University of Exeter in England (the latter as a Fulbright scholar). He earned an A.B. from Villanova University and master’s and doctoral degress from Penn State University. He is at work on a book project entitled “Needlepoint Narratives: An Oral History of Women Garment Workers and the ILGWU in Pennsylvania.”