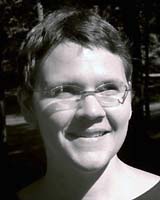 A Hybrid Poetics for a Contentious Past: W.G. Sebald’s Literary Historiography

The dissertation traces the sustained contact between historiography and the literary discourse from Aristotle’s differentiation of two distinct discourses to the discursive fusion in twentieth- and twenty-first-century fictional forms. The scholarly and literary works of W.G. Sebald (1944-2001) serve as striking examples for this discussion, for the way in which they demonstrate the emergence of a new hybrid discourse of literary historiography. Sebald’s works explore and interrogate the past—predominantly the paradigmatic atrocity of the Holocaust but also other contentious moments in World History—while also engaging with the artistic medium of literature. The interplay of ethical, epistemological, and aesthetic concerns generates an essential tension in his writing between history and literature, documentation and imagination, rational explanations and defiantly non-rational insights. Reaching beyond the focus of a single author, this project engages with fundamental concepts of the literary discourse—mimesis, narration, and translation—to illuminate the potential of literature to perform the interdiscursive transfer from experience to representation.

Lynn L. Wolff is a PhD Candidate in the Department of German at the University of Wisconsin, Madison with a PhD minor in French. Her research interests include: German and French literature, culture, history, and philosophy from the 18th through 21st centuries; Holocaust Studies; Gender Studies; Narratology; Photography; Translation Theory, and World Literature/s. She has authored articles on W.G. Sebald; H.G. Adler; literary and historical representations of female concentration camp guards; and the 1780 essay contest of the Prussian Royal Academy. Wolff has been a Fulbright Research Fellow, a UW-Madison Graduate School Fellow, a Deuss/Schultz Distinguished Graduate Fellow of the UW-Madison German Department, and a Dorot Graduate Student Research Assistant at the Center for Advanced Holocaust Studies, United States Holocaust Memorial Museum. She has also received fellowships from the German Historical Institute and the National Archive of German Literature (Deutsches Literaturarchiv Marbach).