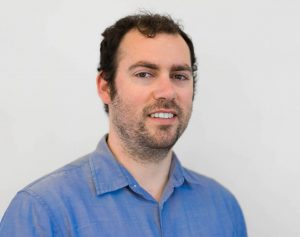 Rituals of the Reborn: Ascetic Protestantism and Alternative Christianities in the Atlantic World, 1680-1780

At IHR, Tim Wright will be preparing his book manuscript for publication, titled Rituals of the Reborn: Ascetic Protestantism and Alternative Christianities in the Atlantic World, 1680-1780. The book explores the rise of a new form of Protestant community in the Early Modern Atlantic World, one that combined evangelical millenarianism, monastic asceticism, and modern esotericism. The seventeenth-century saw a revival of interest in mysticism and discontent among many Protestants at the early Reformation’s abolishment of a special, consecrated ascetic life for Christians. This, in turn, gave rise to networks of Protestants committed to living withdrawn lives of prayer and self-denial in northern Germany, Amsterdam, and across the Atlantic into the British colonies. The communities they formed—ranging from small households of 10-15 to frontier settlements of several hundred—stood out from anything previously seen among Protestants in their modeling of monastic communalism and strict celibacy. At locations like Ephrata, Pennsylvania, these mostly German Protestants aroused amazement as well for rituals reminiscent of Catholicism such as monastic robes and tonsuring. At the same time, they professed an anti-ritualistic mysticism akin to the early radical Reformers. These communities functioned as sites for experimentation with gender roles with large numbers of Protestant women abandoning Lutheranism’s family-friendly theology for one that placed women at the head of spiritual orders and endowed them with authority. The widespread nature of these ascetic, other-worldly communities forces us to rethink the long-established thesis that Protestant theology prepared the way for secularism as well as to re-imagine the impetus to early religious immigration to colonial America.

Originally from the Great Lakes Region, Timothy Wright completed his Ph.D. in History at the University of California, Berkeley in August 2018 with the dissertation “Hidden Lives: Asceticism and Inward Devotion in Radical Protestantism, 1650-1745”. The dissertation explores the category of ‘inward’ religion and, counterintuitively, the embodied ritual practices generated by it, among evangelical Protestants in northern Europe in the seventeenth and eighteenth centuries. Since graduating, Tim has held positions as a visiting researcher at the Max Planck Institute for Human Development in Berlin and as a research fellow at the German Historical Institute in Washington D.C. As a fellow at IRH, he looks forward to finishing work on a monograph titled “Rituals of the Reborn: Ascetic Protestantism and Alternative Christianities in the Atlantic World, 1680-1780” that provides a new interpretation of early modern Protestantism in the North Atlantic World.