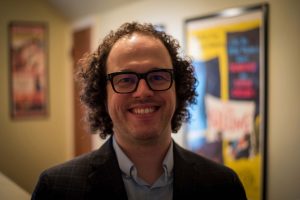 The Warner Brothers: How an Immigrant Family Came to Hollywood and Changed America

Who were the Warner brothers and how did they create the most socially and culturally connected studio in film history? The brothers, each bringing a different set of skills and equally disparate personalities to the table, created the most courageous studio in film history. The brother’s civic interests mirrored the studio’s films. The brothers and their studio played a role in constructing and interpreting World War I, the Roaring Twenties, Great Depression, World War II, Cold War, and beyond. This book will offer a series of vivid snapshots connecting the brother’s lives and personalities to their studio and the significant history that they were directly engaged in. In addition, most books about the Warners focus on Jack who was the most flamboyant (many would say obnoxious) brother. This project began as a biography of Harry Warner, the most stoic and respected of the four, and grew into a larger book about the four brothers running the studio as a way to refocus their story on the whole film family. Harry was the leader and Jack the character. The technologically proficient Sam and distribution wiz Albert were the bridge between Jack and Harry. When Sam died in 1927 as the studio was solidifying its status as a major company, the family fissured and never recovered. The brothers persevered, nevertheless, and used their film studio as a primary mechanism combining entertainment and education. Film like The Jazz Singer, The Public Enemy, Casablanca, Yankee Doodle Dandy, and Rebel Without a Cause are public products resulting directly from the struggle, triumph, and dedication of an immigrant family destined to change the fabric of America.

Chris Yogerst is associate professor of communication in the department of arts and humanities at the University of Wisconsin – Milwaukee. His most recent book, Hollywood Hates Hitler! Jew-Baiting, Anti-Nazism, and the Senate Investigation into Warmongering in Motion Pictures, was published in 2020 from the University Press of Mississippi. Chris regularly writes for the popular press where his work can be found in the Los Angeles Review of Books, Washington Post, and Hollywood Reporter. He has published in numerous academic journals such as the Journal of American Culture, Journal of Popular Film & Television, and the Historic Journal of Film, Radio and Television. In addition, Chris is a founding board member of the Historic West Bend Theater, Inc., a non-profit that restored and manages a multipurpose 1929 historic entertainment venue called The Bend.