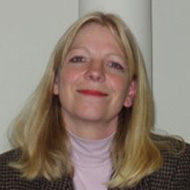 Sociology and the “Social Question” in Prewar Japan

Sociology and the “Social Question” in Prewar Japan is a monograph that explores the history of social ideas in Japan and their engagement with global currents of thought. Tracing the development of sociology as an academic discipline from the late nineteenth through the early twentieth centuries, Young argues that the core ideas as well as the institutional configuration for the study of society were shaped by two key factors: the influence of Western philosophy on Japanese thought; and the political struggles over government policy to counter the social disruptions of industrialization.

Louise Young is a Professor of History at UW-Madison and is affiliated with the Center for East Asian Studies, where she served as director from 2005-2008. As an historian of modern Japan, her successive major research projects have focused on the relationship between culture and empire, urban modernism between the wars, and most recently, sociology and social policy. She is the author of Japan’s Total Empire: Manchuria and the Culture of Wartime Imperialism (University of California Press, 1998; winner of John K. Fairbank and Hiromi Arisawa prizes and a Choice Outstanding Academic Book) and Beyond the Metropolis: Second Cities and Modern Life in Interwar Japan (University of California Press, 2013). Young spent time as a visiting researcher at Tokyo University, Waseda University, and Kyoto University and conducted research at multiple local archives in Japan, with support from the Fulbright Foundation, Social Science Research Council, the National Endowment for Humanities, among other sources. With a B.A. from UW-Madison and a Ph.D. from Columbia University, Young held appointments at Georgetown University and New York University before joining the UW-Madison faculty in 2003. She is at work on a project entitled “Sociology and the ‘Social Question’ in Prewar Japan.”