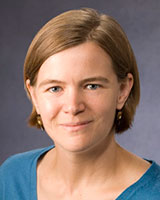 For most of Jewish and Christian history, “interpretation” has been regarded as secondary to “scripture,” both chronologically and in terms of authority. In Judaism prior to approximately 100 CE, however, interpretation was not kept separate from scripture. Instead, interpretation largely took place by means of rewriting: direct modification of scriptural texts via additions, omissions, rearrangements, or other changes. Such rewriting could occur in copies or translations of scriptural texts, or in new compositions largely based on scriptural models (which often claimed for themselves the same authoritative status as the scripture they rewrote!), or even in other types of compositions less closely tied to existing scripture. Textual Transfigurations will take a comprehensive approach to rewriting in early Judaism. It will explore the goals and functions of this important scribal strategy across various contexts, with the aim of advancing our understanding of scribal culture, scripture, and exegesis in early Judaism. Because scriptural rewriting in this period involves very different conceptions of scripture, interpretation, and authority than what later became the norm in Judaism (and Christianity and Islam), the book will also contribute to broader discussions of how sacred text and interpretation interact within religious communities.

Molly Zahn is Assistant Professor of Religious Studies at the University of Kansas, where she teaches courses in Bible, Jewish and Christian interpretation of Scripture, and Abrahamic religions. Her research interests revolve around the dynamic relationship between scripture and interpretation in religious communities, with a special focus on the Hebrew Bible and early Judaism. She has published extensively on attitudes towards scripture and modes of interpretation attested in the Qumran (Dead Sea) Scrolls, especially in various contexts where interpretation itself claims scriptural authority. Her first book, Rethinking Rewritten Scripture: Composition and Exegesis in the 4QReworked Pentateuch Manuscripts (Brill), appeared in 2011. Besides her Kingdon project, she is also working on a commentary for the Hermeneia series on the Temple Scroll from Qumran. This newly discovered composition, the longest extant Dead Sea Scrolls text, combines instructions for a massive temple with a rewritten version of biblical law, and depicts itself as direct divine revelation from Mt. Sinai.